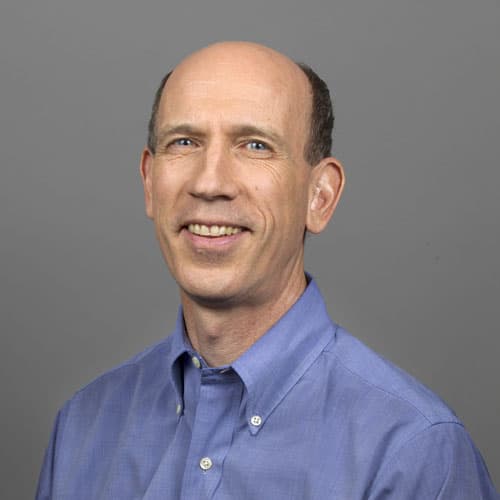 Dr. Michael McConnell is a native of Brooklyn, NY and went to MIT for college and graduate school, obtaining BS and MS degrees in Electrical Engineering/Biomedical Engineering, followed by his MD at Stanford University. He returned to Boston to train and specialize in Cardiovascular Medicine and Imaging at Brigham and Women’s and Beth Israel Hospitals and then joined the faculty at Harvard Medical School, where he also obtained a MS in Clinical Investigation. His early research discovery in echocardiography has become known as “McConnell’s sign.”

He then continued his academic career at Stanford, becoming Professor of Medicine and directing clinical and research programs in cardiovascular imaging, prevention, and digital health. He was Principal Investigator for the top-enrolling MyHeart Counts mobile health research study launched with Apple. In 2015 he joined Google leading cardiovascular and mobile health projects, including Senior Clinical Lead for Google Health and Fitbit. He has now
joined the leadership team at Tesseract Health as Head of Cardiovascular and Digital Health, to advance its mission to democratize point-of-care screening and prevention of major health conditions.

Dr. McConnell continues to see patients in the Stanford Preventive Cardiology Clinic and mentor in the Stanford Biodesign program. He has published over 130 peer-reviewed articles and been the Principal Investigator of multiple grants from the National Institutes of Health and American Heart Association (AHA). He is a Fellow of the AHA, the American College of Cardiology (ACC), the Society for Cardiovascular Magnetic Resonance, and the American Society of Echocardiography. He is a founding member of the AHA’s Health Technologies Advisory Group and recently co-chaired AHA’s 2030 Impact Goal task force and the ACC- Consumer Technology Association’s guidance on Cardiovascular Technology Solutions.