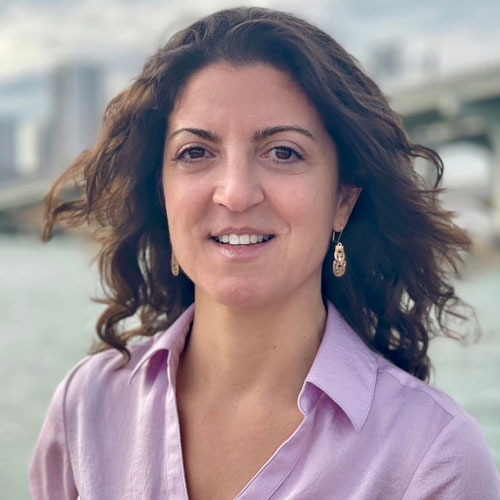 Vicky is Tesseract’s Chief Executive Officer. Prior to joining Tesseract, Vicky led the development of new products at the cancer screening company GRAIL, where she also managed the scientific and technology portfolio and led a cross functional competitive intelligence program. She supported the development of the core platform technology which formed the basis of the company’s first multi cancer early detection test (Galleri), and she led GRAIL’s post-diagnostic efforts. Prior to joining GRAIL, she was a founding member of the Google Life Sciences (GLS) team within Google [x], which was later spun out to form Verily. At Verily, she led several teams and projects, including in diagnostics, medical devices, and translational laboratory science, and helped build its multidisciplinary science and engineering programs. Before Verily, Vicky held multiple positions of responsibility at T2 Biosystems and prior to that she worked in an engineering consulting firm. She currently holds over 20 patents and has authored and co-authored numerous publications across multiple disciplines. She holds a Ph.D. in Chemical Engineering from the University of California, Berkeley and completed a postdoctoral fellowship at Lawrence Berkeley and Livermore National Labs.